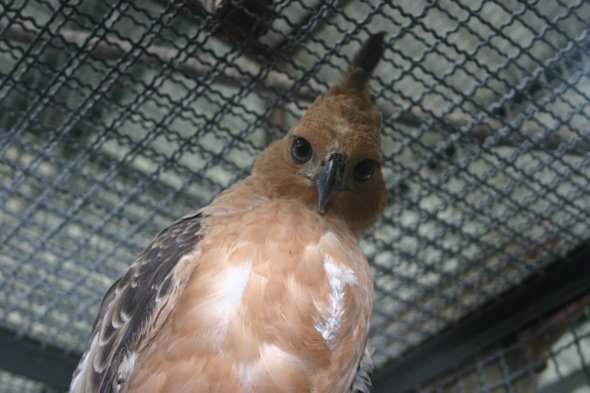 The rampant and illegal trade in caged birds threatens to drive at least 13 Indonesian species into extinction, a new study finds.

Many of these species now have just a couple of dozen individuals left in the wild, according to the paper, published in the journal Forktail.

Indonesian culture places a lot of value on keeping birds as pets—they’re often given as gifts to officials—but that value has put a high price tag on many species’ heads. According to the paper, many species are now down to just a few dozen individuals in the wild.

The threat that these species may completely disappear is far from theoretical. The paper expresses concern that five Indonesian bird subspecies may already be extinct in the wild. Those include the scarlet-breasted lorikeet (Trichoglossus forsteni djampeanus), hill myna (Gracula religiosa miotera) and three subspecies of white-rumped shama (Copsychus malabaricus opisthochrus, C. m. omissus, and C. m. nigricauda).

An additional 14 subspecies, the paper says, are also now at risk.

The authors have called on the Indonesian government and conservation organizations to place a higher priority on the caged bird trade, which is enabled to lack of awareness and lax law enforcement.